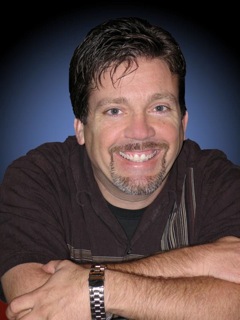 Dan McCollam empowers worshippers worldwide to understand and release the transformational effect of worship on individuals, families, cities, and nations. Dan is the founding director of Sounds of the Nations and the (iWAR) Institute for Worship Arts Resources training and equipping worshippers to write and record praise and worship songs in their own style, language, and ethnic sound. For more information on Dan McCollam and these ministries visit www.iwarschool.com or www.soundsofthenationsafrica.com

Dan McCollam travels internationally as a prophetic speaker and trainer. One of his passions is to create prophetic cultures where everyone can hear God, activate and mobilize their prophetic words, and express their own unique prophetic diversity. Dan serves on the teaching faculty of Bethel School of the Prophets in Redding, California and is a frequent speaker at Graham Cooke’s conferences. He is part of the Global Legacy apostolic team overseeing a growing number of churches partnered for revival.

Dano (Dan McCollam) started preaching and teaching as a born again Presbyterian youth at age fifteen. The next seven years were spent touring the country ministering in various Christian bands, including the 1979 National Showcase Band for the Fellowship of Contemporary Christian Musicians and a short stint as guitarist with the members of King’s X.

Coming off the touring life Dano longed to make a deeper spiritual investment in individuals, and spent the next fifteen years as youth pastor and worship leader. He initiated an evangelism program for Junior High students that took a youth group of 30 to over 500 regular attendees and eventually reached out to 1200 teens in his city. The program became a best-selling book authored by Dano and published by Youth Specialties/ Thomas Nelson.

In 1994, Dano served as worship leader for a local church hosting revival meetings five nights a week for five years. Thousands of hungry believers gathered from around the nation to experience God’s presence, healing, deliverance, and power. This season left an indelible upgrade on Dano’s passion for the supernatural.

By 1999 Dano began traveling again as a speaker and trainer in worship, prophetic culture, and supernatural lifestyle. He founded Sounds of the Nations and the iWAR Institute for Worship Arts Resources to train worshippers and artists to transform their nations with authentic ethnic expression of praise.

Today, Dano is training in Worship and Prophecy schools and events around the world. The Sounds of the Nations organization has trainers in India, the Philippines, Eastern Europe, South Africa, and Fiji. In addition, Dano serves on the apostolic team for Global Legacy overseeing a growing number of churches partnered for revival. He is a frequent speaker at supernatural schools including Bethel’s School of the Prophets, Bethel’s School of Supernatural Worship and many affiliate schools across the nation.

When home, Dano serves on the core team and speaks at his local church, The Mission, in Vacaville, California. He cherishes time with his wife, Regina, and their three sons and youngest daughter.

4 thoughts on “About Dano McCollam”