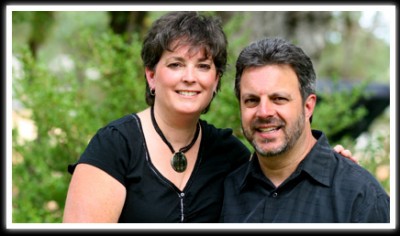 Kris was born the eldest of three children in Sunnyvale, California, in January of 1955. He lost his father three years later in a boating accident, and although Kris has had two stepfathers, his grandfather had the most influence in his life because of the unconditional love he lavished on Kris.


Kris didn’t know God growing up, but like many of us, he always had a sense that God was not too far away from him. When Kris was fifteen years old, something amazing happened. Shirley, Kris’s mother, became seriously ill with psoriasis, which caused a rash all over her body. Out of desperation, Kris cried out to God and said, “God if you are real, if you heal my mom, I will find out who you are, and I will serve you the rest of my life.”

An audible voice responded, “My name is Jesus Christ, and you have what you requested!”
When Kris woke up the next morning, his mom was completely healed. About a week later, the voice spoke to him again saying, “My name is Jesus Christ. You said that if I healed your mother, you would serve Me, and I am waiting!” Shortly after this life-changing experience, Kris came to know God during what was called the Jesus Movement.

Kris and Kathy met during a family vacation in Clear Lake, California, in the summer of 1970. Kris was fifteen and Kathy was twelve. Kris lived in Sunnyvale, California, and Kathy lived about thirty miles away in Fremont. Love drew them together, and by the time Kathy was thirteen, they were engaged to be married.

In 1975, Kris and Kathy were happily married. Kris worked at an automotive repair shop in Sunnyvale doing what he loved to do: repairing cars and managing people. Kathy was the bookkeeper. The Vallottons moved to San Jose for a couple of years, but in the midst of the fast pace of life, Kris had a serious nervous breakdown. They decided to move to a small town in the mountains of the Trinity Alps of California called Lewiston, a town of 900 people, so that he could get well. But the slower mountain pace didn’t help. Instead, Kris grew worse by the day, struggling to find peace in his storm. About three and a half years passed before Kris finally received deliverance from his torment through a prophetic word from Dick Joyce and a message he listened to on the radio in the middle of the night. This victory became a rod of authority for him in his powerful prophetic ministry.

A couple of years later, Kris and Kathy moved to a town called Weaverville, about twenty miles from Lewiston. There they became leaders in a small but powerful church called Mountain Chapel, where they met Bill and Beni Johnson and began building a lifetime friendship and partnership with them. They invested in the lives of many for seventeen years, Kathy as the Children’s Pastor and Kris as Youth Pastor and home group leader.

Part of their training for ministry took place in business. The Vallottons were entrepreneurs for most of the twenty years they lived in the Alps. They started three auto parts stores, an air conditioning remanufacturing plant, and two automotive repair shops. They also owned a Union 76 service station while they pastored at Mountain Chapel. Through managing businesses, the Vallottons learned valuable lessons about trusting God and leading people.

Kris and Kathy have two sons and two daughters who all grew up in Weaverville working in their businesses and helping with the ministry. Three of their children are now in full-time ministry. Their oldest daughter, Jaime, and son-in-law, Marty, are senior pastors in Fortuna, California. Their daughter, Shannon, and son-in-law, Cameron, are associate pastors in Eureka. Jason, their youngest son, is an associate pastor at Bethel Church in Redding. Their oldest son Eddie lives in Santa Rosa and is working towards a degree in kinesiology. They also have seven grandchildren, aged two through nine.

In 1997, Kris and Kathy moved to Redding to join Bill Johnson’s apostolic team and to found and direct the Bethel School of Supernatural Ministry. From its meager beginning with just thirty-seven students, the school has grown to more than six hundred full-time students in Redding, alone. Kris, Kathy, and the team have also planted several supernatural schools in other nations.

In addition to overseeing the school, Kris serves as the Senior Associate Leader at Bethel Church. He has authored numerous books including the best-selling The Supernatural Ways of Royalty, as well as Basic Training for the Prophetic Ministry, Developing a Supernatural Lifestyle, and Sexual Revolution. He also heads the annual School of the Prophets. Kathy is a singer, musician, songwriter and worship leader. She heads the annual School of Worship at Bethel and oversees worship at the school of ministry. She has an album out called Child of the King.

With a passion to see revival spread to every nation and all realms of society, Kris and Kathy speak in conferences and churches around the U.S. and abroad. Kris is also a part of the Heroes of the Nation leadership team, which has a children’s village in Kenya, Africa. The village has more than 350 children living there, all of whom have lost both parents to AIDS. Each child learns a vocation and has a heart to see revival come to every segment of their country.

Kris and Kathy continue to pastor, mentor and father revivalists and prophetic teams with the aim of changing nations. By their lives, they model a devoted marriage and an open book life poured out for the Lord, His Church and the world.